Nigerian musician based in Dubai, Ibrahim Rufai, popularly known as Deezell who was accused of leaking Kannywood actress, Maryam Booth’s nude video on social media, has dragged the actress to court.

The three seconds nude video was shot in a room, apparently by someone the actress was intimate with. Maryam went on accused her former lover, Ibrahim Rufai, popularly known as Deezell, of leaking the video.

“In a situation like this, one needs to be very observant before any pronouncement. But it is true that Deezell was my ex who then sneakily recorded me while I was changing,” Maryam wrote on Instagram.

The actress also wrote on her official Instagram @officialmaeyambooth page that she has resolved to take legal action on the matter.

Deezell immediately hit back at the movie star, reiterating that he was not responsible for the leaking of her nude video on social media.

In his response which he posted on his Instagram page @OfficialDeezel, he said he would also take legal action on the allegation if the actress failed to withdraw her statement and apologize within 12 hours.

However, the singer has dragged the actress to court accusing her of criminal defamation, inciting public disturbance, criminal conspiracy, insulting and abusive language, joint act, injury of mind, voluntary and cyber-stalking.

“Earlier this week, I issued two statements distancing myself from the outrageous malicious accusations leveled against me. On both occasions, I demanded immediate statement withdrawal and apology from the perpetrators. Since then, I have seen some posts and received messages where some publicly withdrew their allegations and apologized while several others refused to do so.

“Now, after proper consultation with my United States Attorneys along with my Nigerian Lawyers, I HAVE SUED FOR CRIMINAL DEFAMATION, Inciting Public Disturbance, Criminal Conspiracy, Insulting and Abusive Language, Joint Act, Injury of Mind, Voluntary & Cyber-Stalking, pursuant to the relevant provisions of the law.

“The Court has ordered the Nigeria Police Force to investigate the full identities and report with details of the respondents, most particularly the 3rd – 7th, while several other perpetrators not listed therein shall be joined as parties to the suit in due course. See you all in Court.” 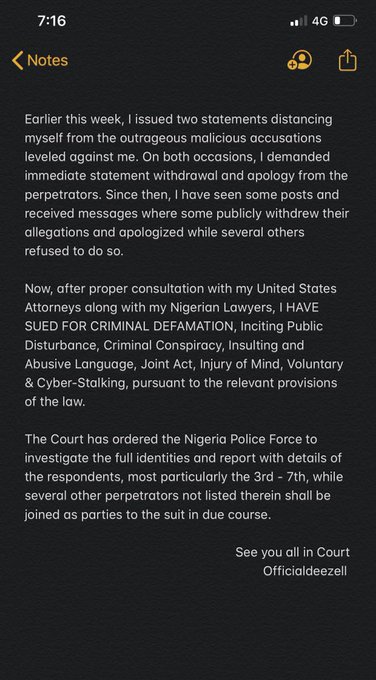 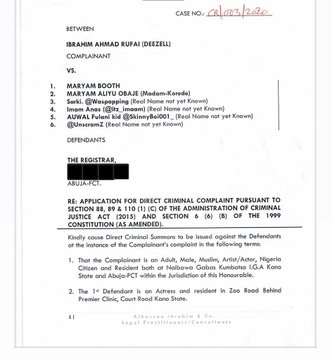 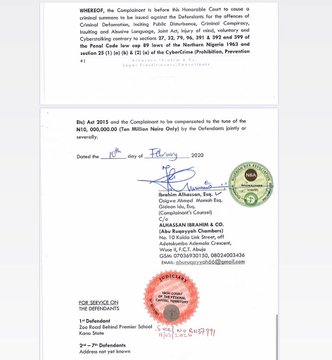 FCTA Vows To Pull Down All Buildings Contrary To Master Plan

Why You Should Not Build Structures In Erosion Prone Areas