On Tuesday, the news broke that the Chief of Staff to the Nigerian president, Abba Kyari, tested positive for COVID-19. Three of his aides reportedly also tested positive. Same Tuesday, it was announced that the Bauchi State governor, Sen. Bala Mohammed, also tested positive. Then, there is the son of former Vice President, Atiku Abubakar, whose test result was announced on Saturday. Given how many people close to them they might have huddled before diagnoses, we will never know how far and wide they spread the virus.

About a year ago, The Avengers’ Endgame was all the rage. Looking at how art seems to be mimicking life, we can draw a parallel with the present time. The film’s villain, a genocidal warlord called Thanos, tried to rid the universe of half of its population. Today the world faces a similar enemy in the guise of a virus called COVID-19. From Nigeria to virtually every country in the world, the pandemic ravages and it is projected to infect a substantial part of the human population.

This disease is dangerous, not just for the potency of its sting but because it is a leveller. From the powerful to the disempowered, the wise to the witless, all are imperiled by this invisible enemy. Who could have thought the day would come when rich and poor countries of the world would be threatened by an equal opportunity killer that is not even the nuclear bomb? And who would have thought that sick Nigeria’s elites would be trapped in their own country?

Our leaders probably thought themselves invincible and that probably explains their initial attitude to the pandemic.

Here is an example of the slack in their thinking: Earlier this month, members of the House of Representatives resolved to suspend plenary for two weeks to prevent the spread of COVID-19 in the National Assembly. Without recourse to a scientific understanding of how the virus spreads so they could prepare a coherent containment plan for the nation they pretend to serve, they closed shop and went on holiday. Some 17 days later, according to the letter supposedly signed by Abba Kyari to the Speaker of the House of Representatives, Femi Gbajabiamila, these same lawmakers have been arrogantly refusing to subject themselves to legitimate screenings at the airport.

In summary, the lawmakers ran away from their duty posts because of the fear of COVID-19, but they would not adhere to basic rules that could have protected the nation from the contagion their bodies might be harbouring. In one sense, they did not see the irony of their different responses to the threat of the virus because they are a lawless, thoughtless, and uncoordinated bunch. In another sense, their asystemic thinking is quite reflective of our attitude to planning in these parts. We do not often think of issues through in their complexity and we have not learned to build social systems and processes that are overlaid, such that the result in one area will generate a roborant effect on another.

As a society, we tend to react to multiple issues as if they are disparate. Without that sense of how one thing connects to another to produce a chain reaction, we keep trying to put out endless fires. That attitude has underprepared us to fight a virus whose mode of transmission operates, unfortunately, systemically.

In all of these developments, there is the temptation by ordinary Nigerians towards either schadenfreude or sentimentality.

On one side are already those who, having been long resentful of the cluelessness and the gross selfishness of these leaders, see it as a “God don catch dem” moment. Those people will celebrate the misfortune of our leaders and probably even wish them dead. As much as I understand the tendency to gloat at the misfortune of the powerful as a release valve for the disenfranchised, I think that reaction is useless. Sickness is not punitive; it is one of the many realities of existence. No matter what we will like to believe, our bodies are not fearfully and wonderfully made. They can be quite easily torn apart by the vicissitudes of nature. Every human body was made to be eventually destroyed, simple. Death itself is no punishment; it is a cure for a terminal disease called life. As such, I find the celebration of someone’s sickness and death an inclination of the emotionally unintelligent.

On the other side are Nigerians who are given to public pretensions of virtue and who must signal it to look like better humans than the rest of us. Those are the ones who will emotionally blackmail those of us who insist on being clear-headed about these issues to “pray for our leaders.” Those ones need to be reminded that the lives of Abba Kyari, Abubakar, Muhammed, and other members of their coterie, who have been infected or will be infected, are not worth more than those of other Nigerians who die every day. When 20 Nigerians died in Abule Ado two weeks ago, how many of our leaders threw a weeping cloth on their heads? How many rent their clothes in anguish? Those who are infected with the virus of sentimentality had better dry their eyes right away and get serious.

If there is anything we should be concerned about at the moment, it is how those of us who are not close to power and privilege plan to survive in the unfortunate event of being infected. Those leaders that are being flown from Abuja to Lagos to receive treatment will likely get priority care over those whose only source of power is their God in the heavens. That means unless you are feeding in the same trough with the rich and the powerful, you are about to be twice robbed. The same leaders who undervalued millions of Nigerian lives and left them to die in underfunded hospitals are about to outbid them in the forthcoming competition for the limited healthcare resources available.

For now, that is my primary concern about this situation. I do not believe that our present crop of leaders, who are lying prostrate on their dying hospital beds, will have a Saul-to-Paul conversion moment where they will suddenly realise they could have done better for us when they had the chance. They are not that human. They are VIPs, Viruses In Power.

APC national leader, Bola Tinubu, confirmed himself that their leadership is a pestilence. Recently, Tinubu published an article where he likened the inordinate ambitiousness of his party members to COVID-19. While I am opposed to his metaphorising ambitiousness with a plague (and thereby banalising painful reality), I cannot think of a better case that anyone could have made against the leadership with which they have plagued Nigeria in the past five years than Tinubu’s  accounting of himself and his companions. And it all came straight from the horse’s mouth. What a revelation!

Let me repeat that it is unproductive at this time to be wasting energy on either shaming or pitying our leaders who get infected with the virus. They have consistently demonstrated they are beyond the level of humaneness that would make either reaction towards their condition meaningful. They cannot feel the pain that is not directly theirs, and the only sense of shame they have is losing elections. What should matter to everyone now is their individual survival plan if things get really tight in the coming weeks.

This novel contagion is no respecter of power, and that is what makes it highly remarkable. It is a good thing that our leaders are finding that their bodies are not immune to the harsh realities Nigerians have to contend with every day. Now that they are barred from countries where they usually get treated for maladies as common as an ear infection, they will have to face the shameful reality of how their chicken has come home to roost.

How these infected elites process their new reality is up to them. As long as they do not snag all the available medical resources belonging to the rest of us, I can only wish them good luck. 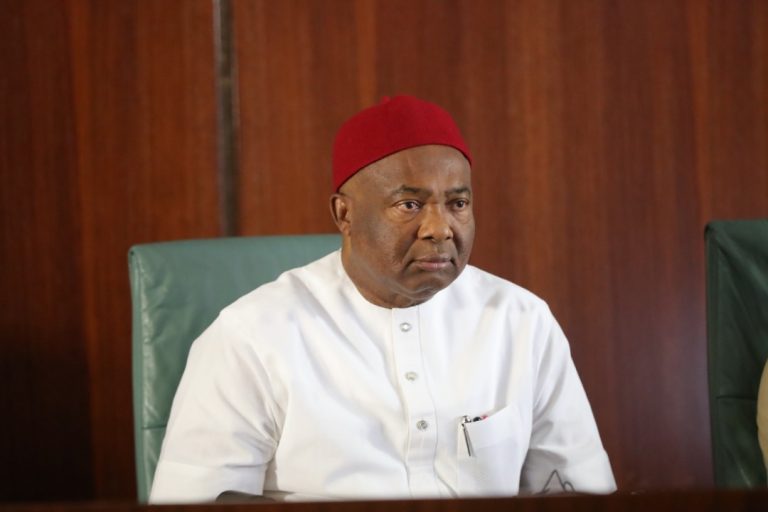 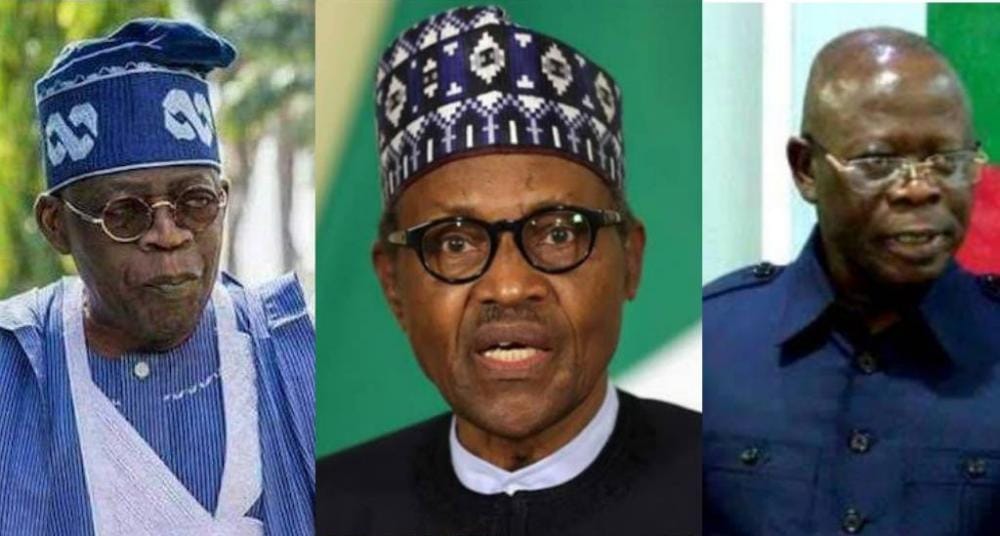 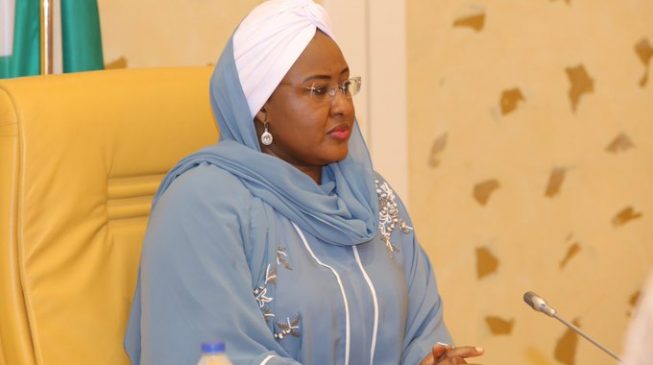 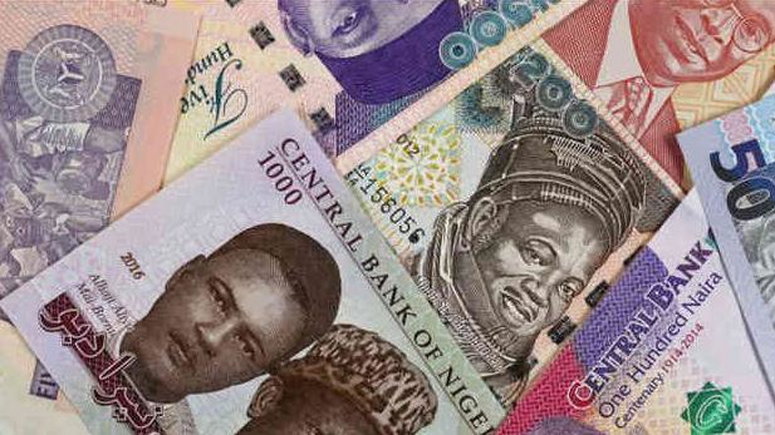 Nigerian Leaders And Their Insatiable Desire For Money

Racism – Nigeria Needs To Take The Lead Again In Africa 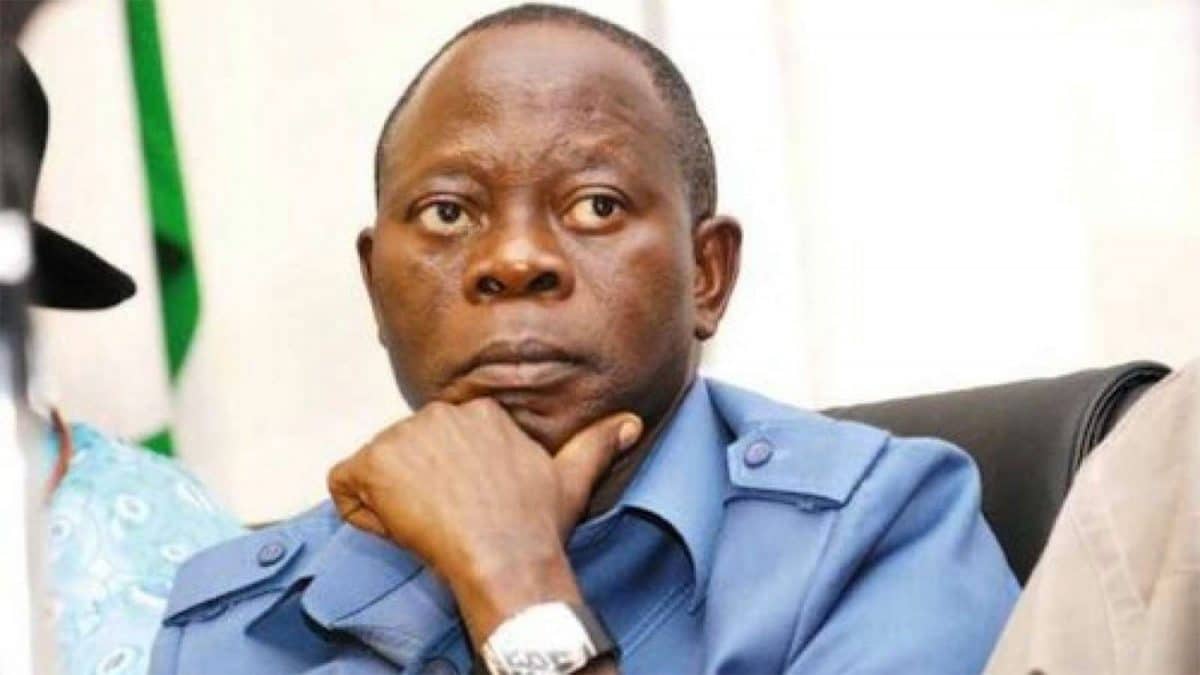 Ize-Iyamu: Oshiomhole Speaking From Both Sides Of The Mouth (Video) 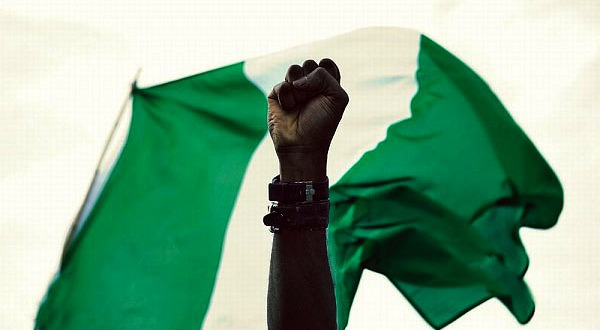 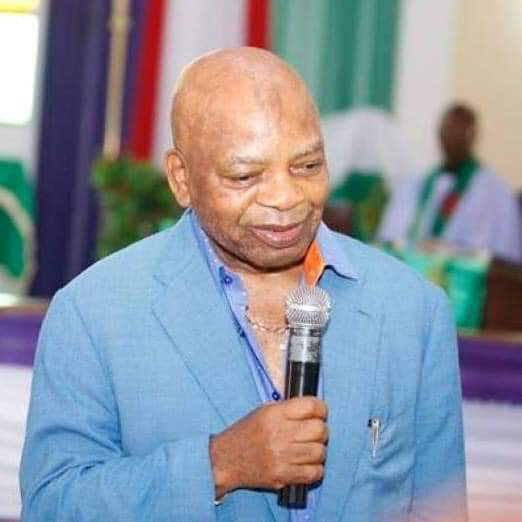