Africa’s Problems Can Never Be Solved By Western Ideologies

Over the years, the African continent has done little or nothing to discard the borrowed robes that she currently adorns and flaunts. She has stayed open to ‘Westernisation’ despite the fact that it bears no advantage to the continent. Like round pegs in square holes, African and western ideologies do not fit each other. So why then do Africans keep trying to push a misfit into fitting when the continuous efforts only amount to worsening situations?

When you ask an African about development, the average person will tell you that the western way of life equates to development. If you see the world from the lenses of European or North Americans, and most recently, Asians, they believe you’re reaching development.

When we talk about development, it goes beyond the political and economic aspects and goes on to include even culture and language. And while we must admit the fact that Africa has had a lot to learn from the Eastern and Northern development models, and perhaps, even has some more to learn, the continent must avoid a hook, line, and sinker approach to this.

It will be absolutely impossible for Africa to make significant developmental advances if it continues to use a borrowed blueprint that is neither practicable nor effective. Point towards one society that has walked in the shoe of another nation so completely that it becomes a second size, and you’ll see a society that is self-sabotaging itself and all its chances.

For instance, the importation of foreign models to solve local problems simply shows that Africa and its leaders don’t seem to be tired of borrowing the differently-sized robe. However, every African should be bold and open-minded enough to see that there’s not much more to be seen or done, from the angle that the leaders are threading.

Here’s what Africa doesn’t know, and why it continues to run after a warped version of westernisation that has been packaged and decorated by the west, there is no better solution to a problem like that solution tailored to the problem and brought about by people in that situation.

In all honesty, people have more drive and incentive to work on a project or solve a problem when it depends on them to formulate and implement solutions. But when we run after foreign solutions that are dictated to the continent and forced into the African setting, even if there are a few solutions, Africa cannot claim to own them or be the master of herself because she sat back and let herself be fed by the west, even when she should have taken matters into her own hands.

One danger of conceding to foreign solutions to African problems is that the realities that dawn, following the solution that has come, is often hard for the continent to cope with. A foreign solution means foreign maintenance, and perhaps, interference, in all the issues tied to that problem. 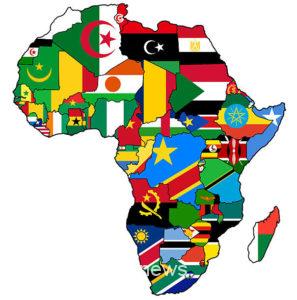 So, when western countries offer solutions to Africa in areas such as economy, population, and technology, they require the continent to begin acting in line with their directions and expectations, even when it isn’t necessary.

One question you must ask yourself is whether or not westernisation automatically means development, and what goes on in the minds of these western nations that go out of their way to dictate what goes on in a nation with its own leadership, practices, and resources.
Remember that westernisation that came into Africa from the first instance came at the altar of colonisation, which diminished Africa beyond anything you can imagine, including in the way of language, culture, and traditional beliefs.

To attain ‘development’ Africa had to forsake her Deities, festivities, and indeed, complete modus operandi and allow some foreign template to be forced down the throats of worn-out Africans and their leaders.

In the area of education, we see how the proliferation of western education created a class of people considered to be the ‘westernised elites’ who, unlike other elites, claim to be superior in thought process, experience, and processes.

The African continent has also gulped these assumptions and taken them down its throat in hopes that development is coming, but what continues to happen is a push to make the African solution and label seem too watered down to the people so that it wields no power. Sadly, the average African is going to wear the tag of inferiority for as long as the western world wants to be comfortably in charge.

It is time for African leaders to have meetings, events, and brainstorming sessions with the times they spent travelling from one western country to the next and sitting before other world leaders who feed them with plans and ideas that are not feasible for the continent.

Africa needs African solutions to African problems; they are not rocket science.

If there is any continent that can liberate itself from its problems, it is Africa because it has all the necessary tools and abilities to get it done. if willpower and trust in the African project don’t wear out, phenomenal tech, economic, and cultural globalisation will hit the continent and remain an example of homemade solutions to problems.

Globalisation, as famed as it is has the trappings of oppression and bullying, of the weak by the strong, but the western ideology will never tell you.

Does Africa want its resources, people, and talent to be placed in the center of a ‘global system’ while having little or no say in how its economy, politics, and policies will run? Or does the continent want to shun the false attractiveness of westernised solutions and look within?

In conclusion, there has never been a time Africa failed Africans by looking inward and not outward. The continent won’t start now. So, instead of blindly following Eastern or Western development norms, Africans can look at its realities and design a solution that is truly African and can serve the African continent, while setting it free from modern-day slavery and servitude dressed in the robe of westernisation.