Burukutu is a Sorghum based alcoholic beverage often consumed as a traditional alternative to beer by people, with its ability to intoxicate people; the task to reveal the source of the stupidity of Nigerian politicians becomes easy, for the self-acclaimed, ‘Jagaban’, and his young replica in Kogi who is now regarded as the ‘The White Lion’, it’s important to give the brownish liquid some accolades. Indeed taking away rationality from the heads of abled-bodied men is not something every fermented alcohol can do.

As the tenure of the inept administration or some would say ‘regime’ of President Muhammadu Buhari enters its final two years, politiking has begun to take shape in the West African country. The President was inaugurated for a second and final term of four years in May 2019 and the country will be ripe for another election in 2023. For Bola Ahmed Tinubu, the former Lagos State Governor, has continued to downplay his presidential ambition while making frantic efforts to position himself by proxy. Some analysts and observers believe he is only denying the ambitions just to avoid a confrontation with the cabal which presently runs Buhari’s government. For Yahaya Bello, who can best be described as a Prototype of Visionless Exuberance, he fears no one, and thus, declaring his interest early is something he couldn’t resist. Sadly, his ambition, which should ordinarily be regarded as some butt of ridiculous jokes and sarcasm is now on the front burner in the Nigerian political scene.

Despite the wide difference in their respective ages, both men actually share many things in common; they share corruption, greed, crass foolery, a gripping ineptitude, glaring lack of capacity, blatant ignorance, classic lack of vision, and a worsening moral bankruptcy. The truth is that the country at the moment is on a brink, as if it is sadly waiting to collapse, and pulling her away from that sinking ship would require expertise and tact, not political cankerworms who are ‘high’ on nothing but hard drugs and Burukutu purchased with Nigerian tax payers’ money.

For Kogi State Governor Yahaya Bello who came into the political limelight after the demise of Prince Abubakar Audu in 2015, he had begun his deceitful game by carelessly lying that he was under severe pressure to contest for the number one seat of the country, his shameless ambition represents the sorry state of Nigeria, following his antecedents in Kogi State ever since he assumed power, gimmicks should have been viewed as an insult to the sensibilities of Nigerians if that clime was sane. The Okene-born ABU graduate has done so much disservice to the aspirations of young people in Nigeria who believe that the youth should take over from the old guard. For Bello, he has now comically elected himself a son of Buhari, to underscore his desperation to succeed his ‘father’.

Kogi State today has become one sprawling dung hill, dirty, decrepit, decadent, unkempt, unplanned, and a relic under Yahaya  Bello. Kogi State has become an enclave where civil servants are perennially owed their salaries, retirees are deprived of their post-service entitlements no wonder the State once held the national record for the number of suicides by the depressed and despondent, who had had it to their necks with suffering and chronic lack. The state which has now gained national notoriety for negative news which clearly posits that Governance in the State is indeed on an extended holiday.

The citizens of Kogi State have been relegated to penury while Bello, who now relocated to Abuja strategising and stridently working towards taking over the mantle of the country’s leadership from President Muhammadu Buhari, come 2023. He has been on an extensive roadshow, marketing himself as the best thing to happen to Nigeria. Little wonder why every cash strapped entertainer or footballer is on his or her way to Kogi to see Bello, not to flag off the construction of a stadium or the inauguration of a soccer academy, or maybe train the teeming youth on self-development, but rather to bolster the dilapidated public perception of Bello.

The situation in Nigeria is so pitiable that one would wonder if capacity, performance, and tangible achievements are planks on which aspiration for high office should be predicated, because if that was the case every curious mind may be forced to ask, what it is that is fuelling Bello’s aspiration?.

Asiwaju Bola Ahmed Tinubu, popularly called BAT on the other hand has earned himself a ‘Kingmaker’ status simply by siphoning Lagos resources and spreading his tentacles of power across Nigeria. He is notorious for many ills; from the days of his alleged certificate falsification to tinkering with his real age as well as his drug-related scandals in the US, he is not new to scandals. Having led a faction of the major groups that formed the All Progressives Congress (APC)  the two-time former Governor of Lagos State, and leader of the APC has through his body language has shown that he is positioning himself to reap the ‘fruit of his labour’, Well, his aspiration is never about Nigeria’s growth or progress but simply about his agelong desire to replicate his crooked Lagos system which would produce nothing but the phenomenonal bestseller ‘Gang of Looters’, to be more succinct, he simply wants to upgrade from being the ‘Lanlord’ of Lagos to becoming a more lucrative ‘Landlord’ of Nigeria! Nigerians would not want to hand over Nigeria to him so he can run it with the same kind of totalitarian grip that he has over Lagos.

It sounds like an unusual coincidence that the ambition of Bola Tinubu to succeed President Muhammadu Buhari as the President of the country is coming at a time when Nigerians are still brooding over his infamous roles in the tragedy of October 2020 which is known today in our collective history as the ‘Avoidable  Lekki Massacre’. where unarmed Nigerian youths who had gathered at the Lekki tollgate- a symbolic borderline between the haves and have not in Nigeria to protest the prostate state of the Nigerian state were shot at after it was alleged that one of the Tinubu’s gave the order for the flood light at the Toll gate to be put off to provide a cover for the October 2020 ‘bloodletting.’

For Tinubu romancing the North would make him President; his 69th birthday colloquium was held in Kano, and he has been seen, lately, trying to be more Northern than the average Northerner. Tinubu’s alleged Presidential ambition has driven up hypertension levels across regions for many reasons; his greed and quest for power is baffling. Well, the truth is that his ambition if it exists, is unpopular. Not even his own Yoruba people have bought into it despite the pretensions of a vocal minority.

The aspiration of both men is not only morally deficient, but it is also one that defies every bit of logic, take for instance the Nigerian political system is meant to work in a way that the presidency rotates between a Southerner and Northerner in power and Christain and a Muslim–implying that Buhari the Northern Muslim should be succeeded by a Christain Southerner. For Bello, a Muslim northerner as the incumbent President, his ambition should ordinarily fall like some pack of cards, Tinubu, on the other hand, is a Muslim southerner whose ambition can only sail if only a Muslim/Muslim ticket is considered in a country as previously and ethnically polarised as Nigeria.

If Nigerians knew their history very well, 2023 wouldn’t be all about Ahmed Bola Tinubu or Yahaya Bello and their gargantuan presidential ambitions. But then, the fact that both men would fail at the task of escaping the heat of the primary election which would be conducted by their coven of misplaced priorities – The All Progressives Congress (APC), Nigerians would have little to bother about. For Tinubu, the dissolution of the Adams Oshiomole led-National working committee drove a nail into the coffin of his Presidential dreams and on the other hand, Yahaya Bello’s only strategy is ‘Paparazzi’ and showmanship.

Both presidential hopefuls are a sad reality of what today’s Nigeria has become, their aspirations are dead on arrival. They, however, cannot be stopped from frequenting their bottles of Burukutu, they need it to keep their delusions alive. Their ignominy stinks, you can only feel sorry for them. 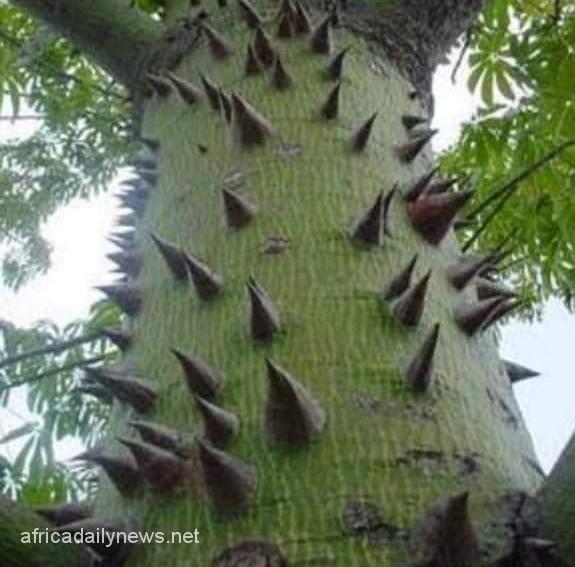