Governor Hope Uzodinma has been involved in multiple scandals since his political career began, he is no new face to scandals judging from his very controversial past, his fraudulent foray into politics in Nigeria and his questionable ascension into the Executive Governor of Imo state.

One of his fraudulent heists which he is still being probed for today is the popular Calabar dredging contract which was awarded to him during his senatorial tenure. This contract saga between the management of the Nigerian Ports Authority (NPA) and Governor Hope Uzodinma’s Niger Global Engineering and Technical Company Limited took the media by storm when a handsome sum of $12.5 million was openly embezzled and diverted in the full glare of the public.

Actually, it was anything but a contract saga. It was a pure empirical manifestation of the perpetuation of corruption in leadership that has held Nigeria back for half a century. Long story cut short, the NPA found itself in a forced and abusive business relationship with Niger Global Ltd in which the latter collected money (billions of Naira) from the former for contracts that were never executed.

Read Also: How Uzodinma Became A Governor Via The ‘Ben Johnson’ Way

Every patriotic Nigerian would sanction the dissolution of such an unwholesome relationship that channels public funds into the pockets of a few corrupt elements in the society. But Senator Hope Uzodinma corruptly stood in the way of this dissolution because he was a majority shareholder in Niger Global Ltd, a direct beneficiary of funds collected by Niger Global Ltd from the Nigerian Ports Authority, the Chairman of Senate Committee on Customs and the Chairman of a Joint Committee set up to investigate the same NPA.

Niger Global Ltd made its entry into the purse of the NPA in 2001 when it was awarded a $600,000 per month one-year contract to carry out maintenance dredging of the Container Terminal Berths, Tin Can Island, Roro Ports and Calabar access channel. Not satisfied with the quality of the work done, the NPA refused to renew that contract but Niger Global Ltd wouldn’t let go. That was the beginning of the parasitic arrangement that cost Nigerians millions of dollars cost Nigeria millions of dollars and the breakdown of reformations at the country’s Sea Ports.

Niger Global Ltd was paid off for the 2001 contract despite not doing the job to NPA’s satisfaction. 11 years later, under the administration of Goodluck Jonathan, Niger Global Ltd knocked on NPA’s door, this time armed with a presidential approval which practically forced the Nigerian Ports Authority to enter a Joint Venture Partnership with Niger Global Ltd for the purpose of managing the Calabar port channel.

NPA’s dredging activities were carried out through channel companies. These were Joint Venture companies in which the Nigerian Ports Authority had 60 per cent and the technical partners had 40 per cent. The joint venture for the maintenance dredging of the channels into Lagos and Bonny ports were entered into in 2006 leading to the establishment of the Lagos Channel Management Company and Bonny Channel Management Company.

In 2010, the Nigerian Ports Authority initiated the process for the dredging and maintenance of the Calabar channel and received bids from six companies. The presidential approval issued by Goodluck Jonathan in 2012 essentially scuttled the procurement process already in motion by the Nigerian Ports Authority in line with the legal requirements. Jonathan’s directive called for a joint venture between NPA and a consortium of companies led by Niger Global Ltd (owned by Senator Hope Uzodinma), to birth the Calabar Channel Management Company.

Investigations reveal that the Bureau for Public Procurement (BPP) which was the officiating minister in charge of this kind of arrangements expressly objected to this union between the Nigerian Ports Authority and Niger Global Ltd for many reasons. According to the Director-General of the BPP at that time, Niger Global Ltd did not bid for the contract in line with the due process and the President had no legal standing to direct that the NPA give such contract to the company without competitive bidding. It was also noted that Niger Global Ltd had failed to properly execute contracts given to it by the NPA in the past. All entreaties fell on deaf ears and the joint venture deal between NPA and Niger Global Ltd was sealed to give birth to the Calabar Channel Management Limited.

However, the Leopard in Senator Hope Uzodinma could not hide its spots and so he submitted invoices in a total of $12.5 million for work done on the Calabar channel in 2015. The Nigerian Ports Authority was not satisfied with the quality of the work done by the company and thus refused to issue any payment to it.

Some people believe the refusal to pay Niger Global Ltd the sum of $12.5 million cost Habibu Abdullahi his job as Managing Director of NPA. His replacement, Sanusi Bayero, proved to be more cooperative and paid $12.5 million to Niger Global Ltd without any certificate of completion, a crucial requirement for compensation, in line with the Public Procurement Act. This was done barely two months to the end of the Goodluck Jonathan administration.

By this time President Muhammadu Buhari had appointed a renowned human rights activist and anti-corruption crusader, Hadiza Bala-Usman as the Managing Director of the Nigerian Ports Authority. Under the leadership, the NPA constituted a committee to conduct a detailed investigation into the dredging work Niger Global Ltd claimed to have done at the Calabar port and establish the validity of the $22 million invoices submitted by the company. Niger Global Ltd, Niger Global Ltd, not for the first, second, or third time in its history with the NPA, was found wanting. Thus, the Nigerian Ports Authority refused to honour Niger Global Ltd’s $22 million invoices and then took it a step further in asking to terminate the entire joint venture arrangement.

What followed were attempts by Senator Hope Uzodinma who tried to use his position as a Senator of the Federal Republic and Chairman of Senate Committee on Customs to intimidate the Nigerian Ports Authority into paying his company the $22 million it requested for a job it did not do or do to specifications. Then there were allegations of 282 missing vessels and a probe by a Senate Joint Committee and a probe by a Senate Joint Committee on Tariffs, Customs, Excise and marine Transport chaired by Senator Uzodinma himself which clearly constituted a conflict of interest.

This issue was again brought to the public domain following a memo written by the current Director-General of the Nigerian Ports Authority, Hadiza Usman, to the Minister of Transportation, Rotimi Amaechi, informing him of the development.

This saw Uzodinma being arrested at the Nnamdi Azikiwe Airport, Abuja after completely evading arrest for one year.

These are the damning revelations in the monumental looting that took place through the infamous partnership between the NPA and Niger Global that produced CCM in October 2014 for the management of Calabar Access Channel and this will go down as one of the most blatant official corruption in the management of Nigeria’s waterways and a key national asset planned and orchestrated by Governor Hope Uzodinma.

In the year 2001, Hope Uzodinma was fingered in a scheme to bribe the then former Head Of State, Gen. Abdulsalami Abubakar through the National Maritime Authority. This was revealed by a committee headed by Justice Oputa. He was also arraigned in 2005 and 2009 by the EFCC after he was awarded fraudulent contracts worth ₦250M by Dere Awosika and also for obtaining money under false pretence from SpringBank Plc using one of his fake companies, Transurb Technical Consult Ltd

Governor Hope Uzodinma is a man of questionable reputation and character. Giving him a whole state to manage despite his corrupt and unworthy mandate speaks volumes of the decay and corruption in Nigerian politics. The Economic and Financial Crimes Commission (EFCC) and the Independent Corrupt Practices Commission (ICPC) should be called in to probe this unresolved heist and put the law in motion for this act of political jobbery. 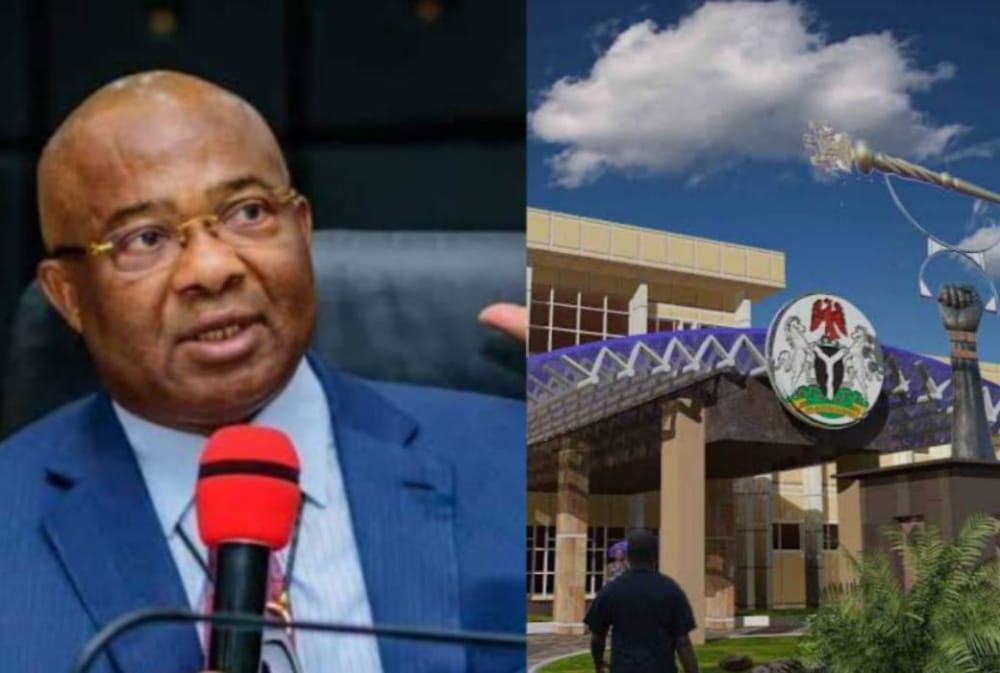 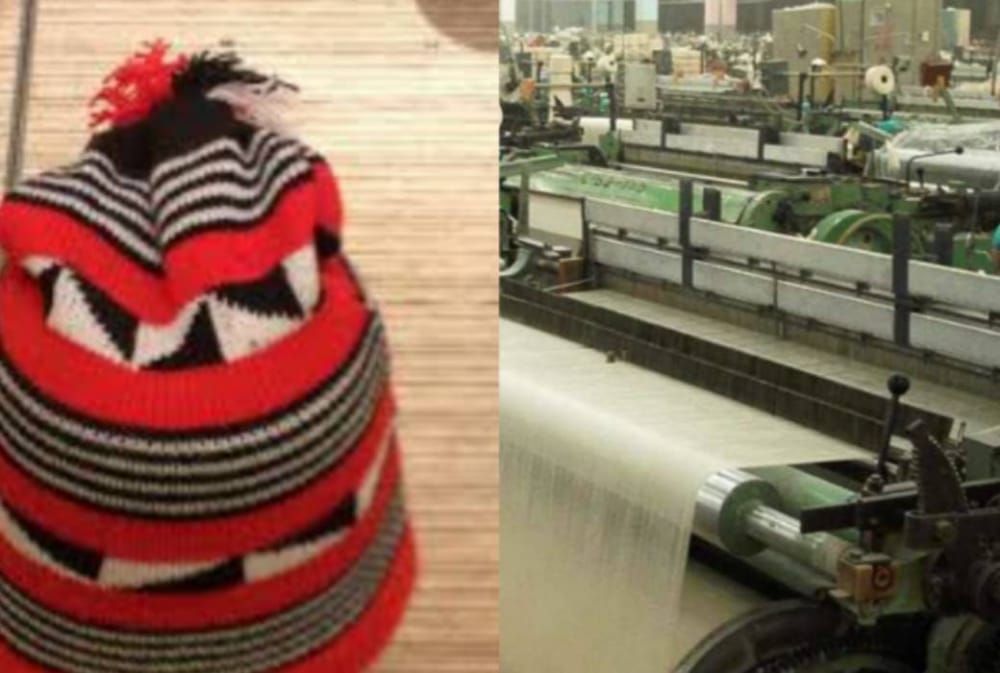 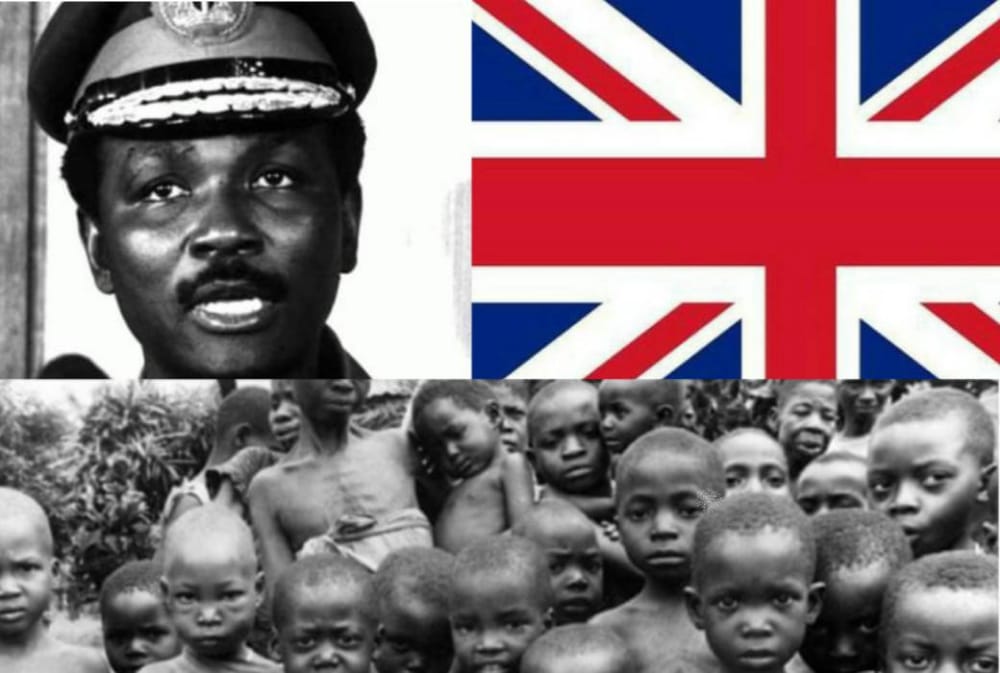 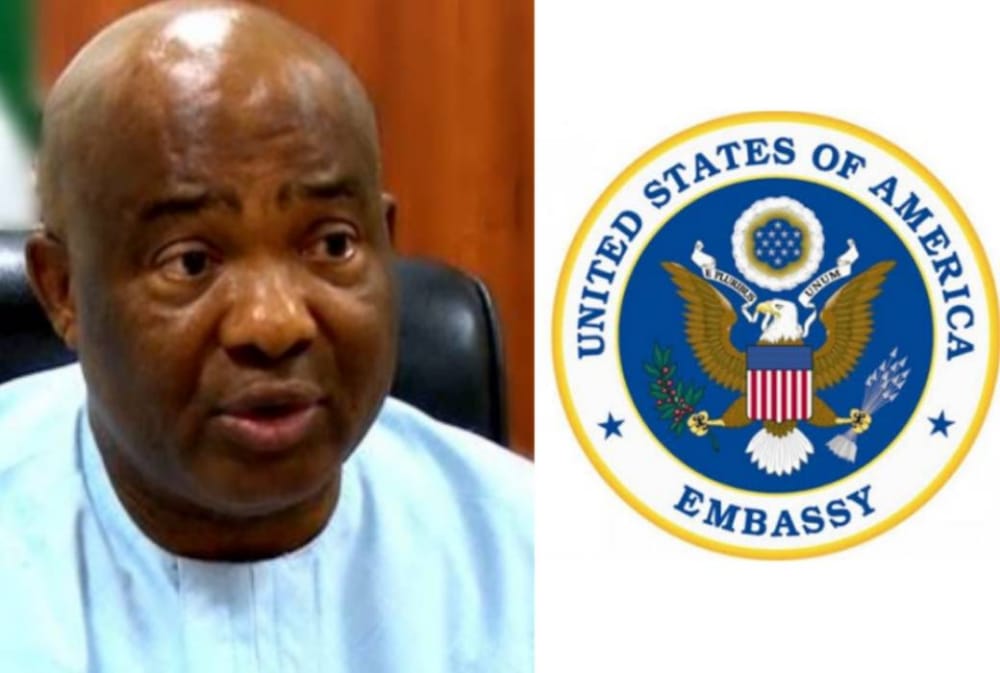 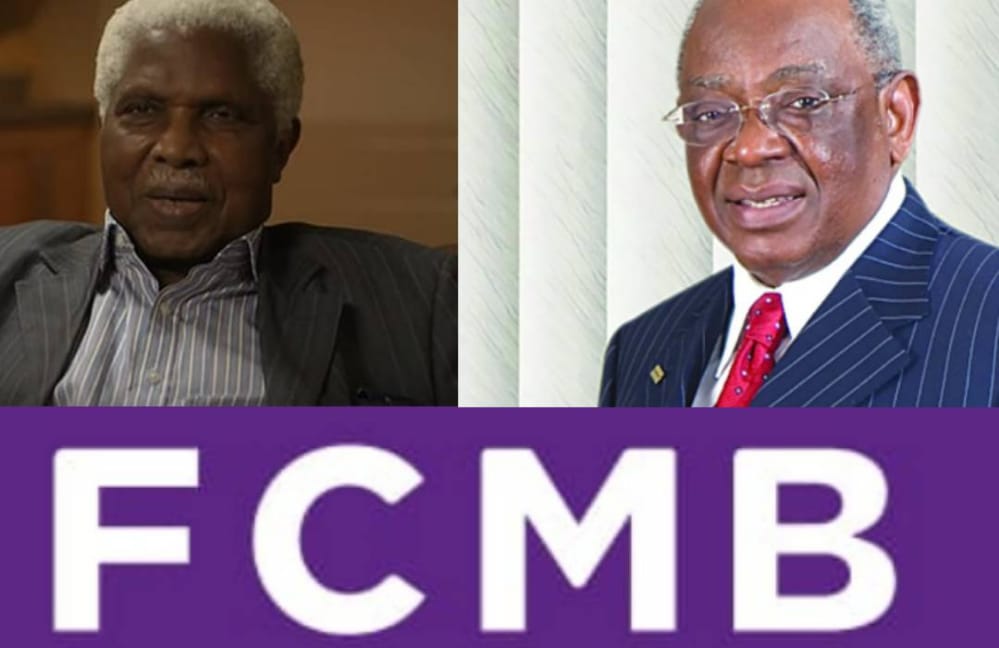 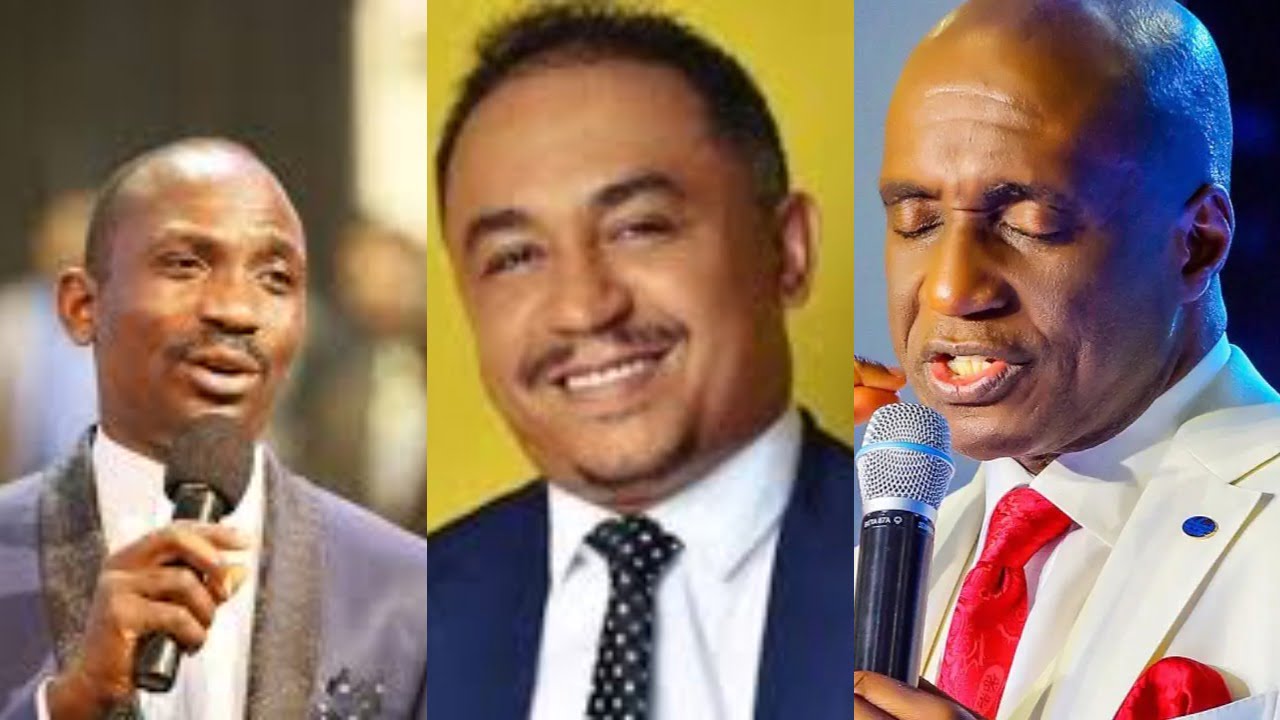 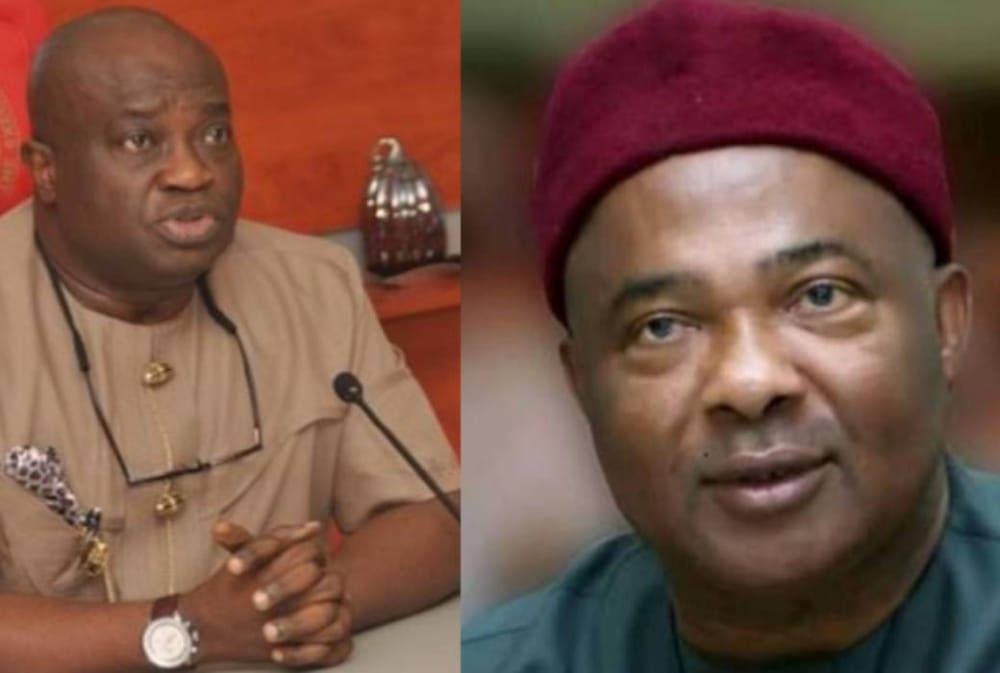 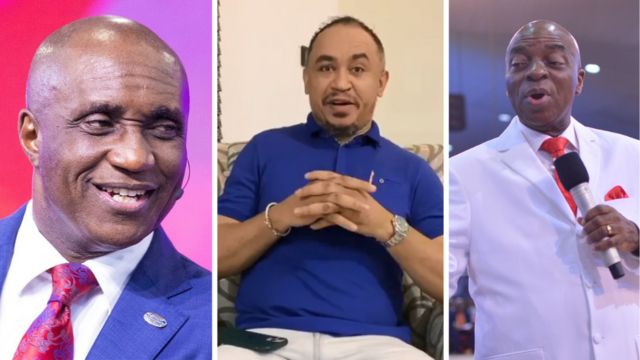 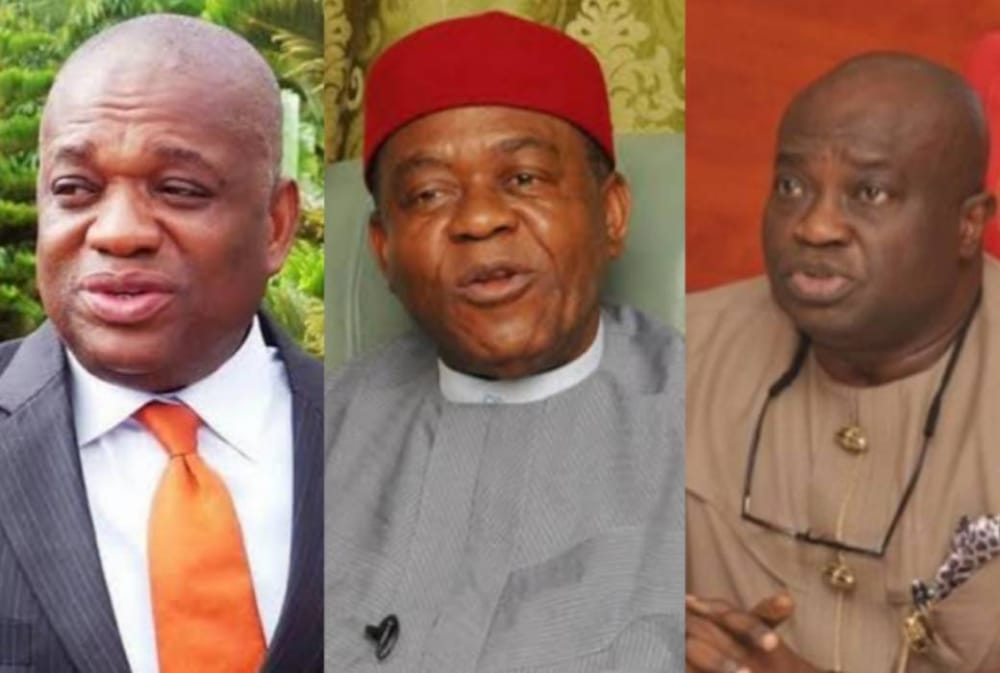