In Nigeria, the politics for the 2023 presidential race has already begun with the rift between Asiwaju Bola Tinubu and the Fulani cabal as well as the ousting of the All Progressives Congress National Chairman, Comrade Adams Oshiomhole.

Tinubu who is facing his travails of being relegated behind in APC and Oshiomhole who was kicked out as the APC national chairman are not having the best of times even though they are deluding themselves by hiding under the guise of all being well when it has become very apparent to all and sundry that they are now worthless as far as the country’s leadership is concerned.

Before Tinubu, foisted Buhari on the Nigerian citizenry in 2015 and the controversial reelection of 2019 even when the real identity of President Buhari was in question, he knew the incompetence and lack of Buhari’s administrative skills.

Read Also: I Told You, Buhari, Tinubu Won’t Save You – Bamgbose Mocks Oshiomhole

Tinubu understood Buhari’s penchant for nepotism, ethnic bigotry and religious intolerance. Jagaban never hesitated in 2007 while campaigning for Atiku as the presidential candidate of the then Action Congress to air his view about Buhari.

In Tinubu’s words, “Muhammadu Buhari is an agent of destabilisation, ethnic bigot and religious fanatic who, if given the chance, would ensure the disintegration of the country. His ethnocentrism would jeopardise Nigeria’s national unity.”

Today, Tinubu’s postulation has proven to be prophetic and it is well known to the Nigerian citizenry considering the discontentment, nepotism, tribal sentiments, and corruption the maladministration of Buhari has extensively brought to the country. Nigeria had never witnessed the kind of problems and disunity ever since after the war as she is now experiencing under Buhari’s leadership.

But the ridiculous thing about Tinubu is that he was very much aware of all that about Buhari, and he still chose to help make him president because of his greed and overtly political ambition of succeding Buhari after the first tenure.

Tinubu once told the then Senate President Bukola Saraki that he would rather endorse Buhari on life support than anybody else because of his(Tinubu’s) presidential ambition.

The initial agreement between Tinubu and Buhari was that the latter would do only one term since he claimed that old age would not permit him to seek reelection after his first tenure, and Tinubu would take over in a smooth transition of rigging obviously since it was very obvious that they assumed power in 2015 through rigging.

When Buhari’s first tenure elapsed in 2019, Asiwaju’s hope was dashed when the Fulani cabal insisted that Buhari or whoever in Aso Rock parading as president of Nigeria must complete the second tenure and Tinubu was promised again to be president in 2023. He spent money tremendously, and worked tirelessly to ascertain that Buhari or his impostor was rigged back into power. Reports have it that he spent over 35 billion naira on the second term election.

Also, those nursing the ambition to become president before their dreams were shattered among the prominent southern politicians were: Comrade Adams Oshiomhole, and Owelle Rochas Okorocha. They are equally part of the southern stooges representing the interest of the Fulani cabal in southern Nigeria while the rest of the stooges include the following: Willie Obiano, Chris Ngige, Hope Uzodinma, Dave Umahi, Rotimi Amaechi, Godswill Akpabio, Yemi Osinbajo, Babatunde Fashola – these folks are willing to sacrifice their own people to for the interest of the Fulani cabal.

Severally, in the past these southerner politicians had failed to protect their own people purposely for the Fulani cabal to have their way, but they tend to forget that the Fulani cabal who presently run the polity of Nigeria would never freely allow a southerner to emerge as President.

The Fulani cabal even consider it sacrilegious for any Southerner to openly express the thought of wanting to become the president of Nigeria. Anybody who is in doubt of this assertion, need not search far for the truth or authenticity of it because with the treatment given to Rochas Okorocha by the Economic and Financial Crime Commission which quickly made him reconsider his presidential ambition ought to reaffirm the assertion.

Thinking he was the darling of the Caliphate, Oshiomhole felt happy that Okorocha who was perceived to be a rival had been removed completely from the presidential race thus he, Oshiomhole would either come out as President or Vice President to Nasir el-Rufai as reliable sources confirmed.

The most formidable of all the southern stooges and those nursing the presidential ambition is Tinubu, he too had been sidelined by the Caliphate and if he dares to run in 2023, the Fulani cabal will pull out his case file on the bullion van saga where over thirty-five billion naira were ferried into his bourdillion residence which he used to help rig back Buhari or more appropriately the impostor masquerading as President Muhammadu Buhari into power.

Admittedly, Tinubu is a shrewd politician and one of the smartest the country has ever produced however, he is in such a tight corner right now and the only thing that can save him from going to jail in the near future is to jettison his presidential ambition, a dream that he has patiently waited for but whenever he was close to realising it, the same Fulani cabal would devise a strategy to make him quit by making him an offer that he can never refuse.

Though it appears that he has forgone his presidential ambition judging from the quick way he issued an official statement recently, debunking his interest over his well known pursuit, and indirectly painting a sanctimonious picture of himself as a patriotic Nigerian who is only interested in the progress and prosperity of the country.

Tinubu’s situation now is really pitiable because his political relevance is on the verge of diminishing since the Fulani cabal considers him a marauder who can never be trusted with power but on the other hand, Tinubu deserves the ugly challenge confronting him.

A political juggernaut as Tinubu forsaw the gimmicks of the Fulani cabal but his greed and lust for power to dominate made him pitch tent with Buhari in 2015 and by extension, the Fulani cabal.

Without exaggerating, Tinubu is the biggest landlord in Lagos, he owns practically more than half of Lagos, he controls the polity of Lagos and almost all the states in the south-west. He single handedly decides who becomes the Governor of those states. He is the dreaded Jagaban who through perspicaciousness had built his political dynasty and many had thought that he would have been satisfied with the amount of success that he had attained in life both politically and economically but no! His greed would not let him.

Tinubu just like the other southern stooges is ever ready to lead his people as sheep to the slaughter slab so long as he actualises his ambition and that was the simple reason that made him ignore Afenifere – the Apex Yoruba sociopolitical organisation which is absolutely against the APC led government to give his unalloyed support to the same APC maladministration.

The Fulani cabal strongly believes and shows in brazen manner that the political power in the country solely belongs to them, and no other tribe has the authority to seek power let alone question their domination.

The wealth that is being used to run “One Nigeria,” comes from the southern part of Nigeria yet the southerners are deprived of their own wealth and our political leaders or representatives are nothing but willing tools of the caliphate regularly used to supplant and inflict mayhem on the southern masses.

And each time the caliphate achieved their aim with a particular set of the southern stooges, they do not waste time in dumping them, and moving to their next victims. As painful as their use and dump method is, the southern politicians never learn from the previous nasty experiences of their people who played stooges for the caliphate. 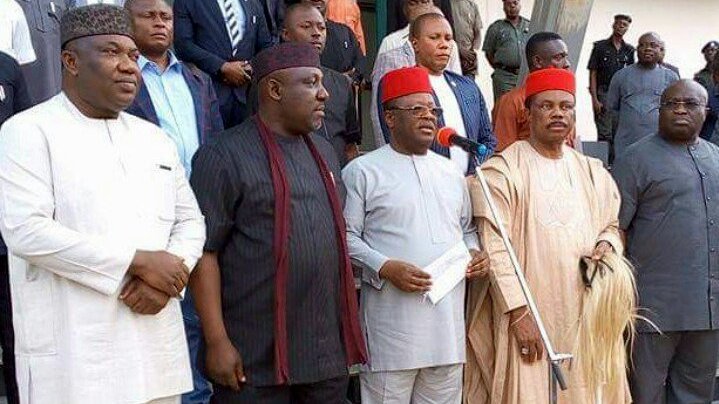 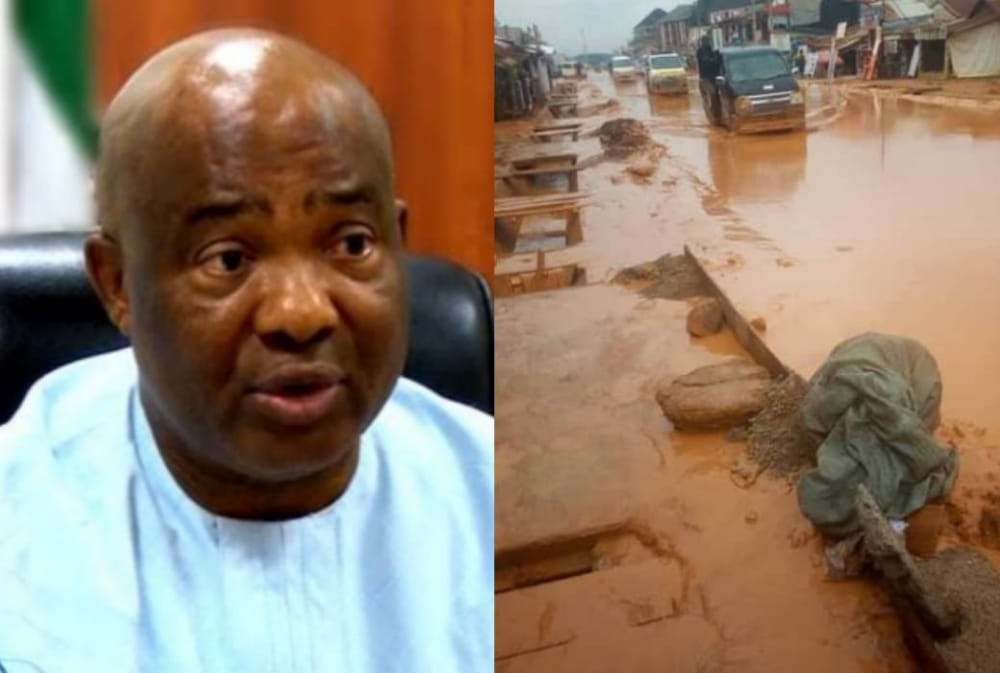 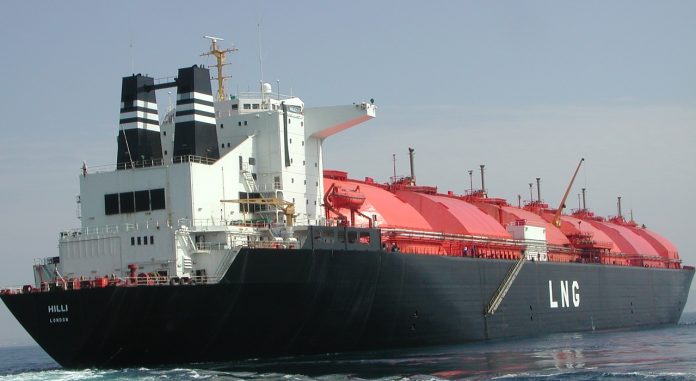 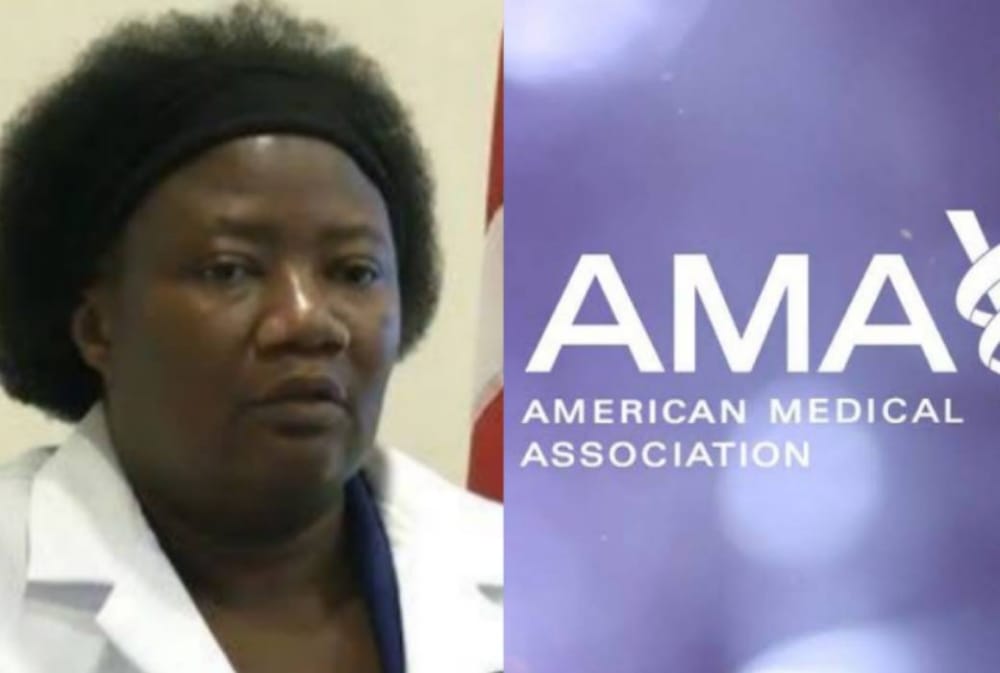 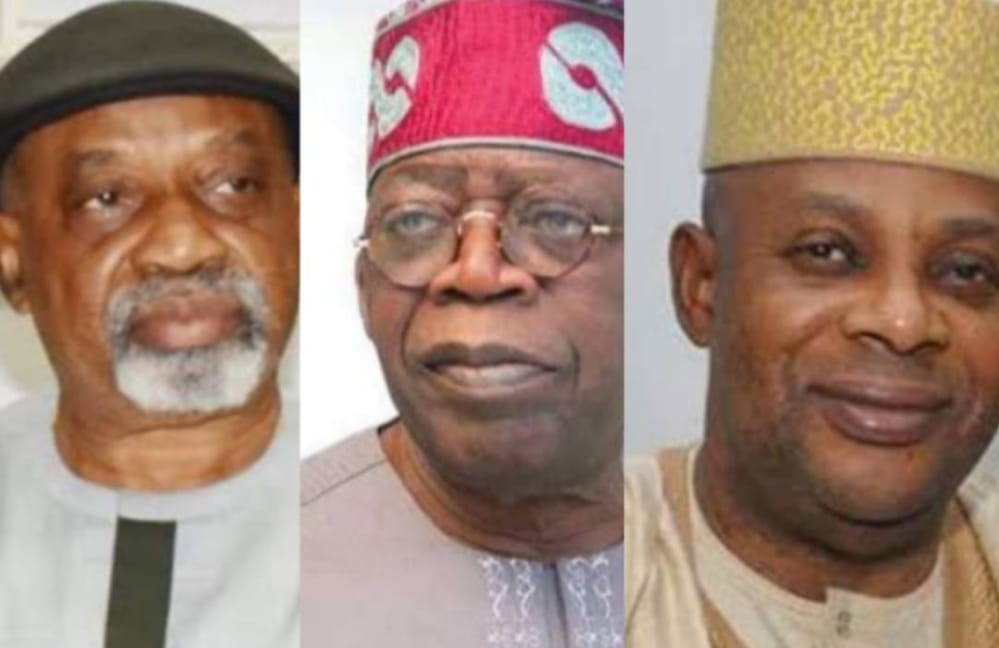 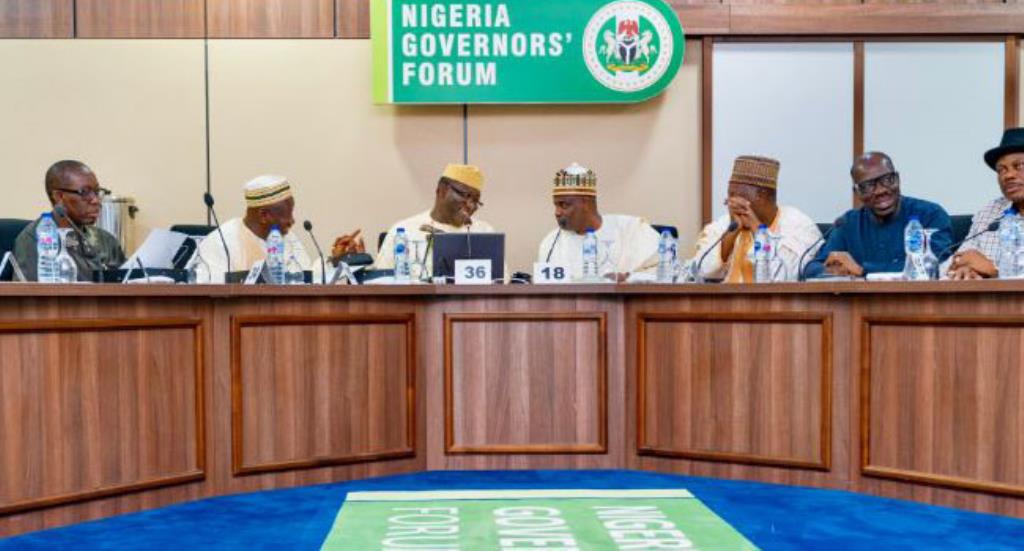 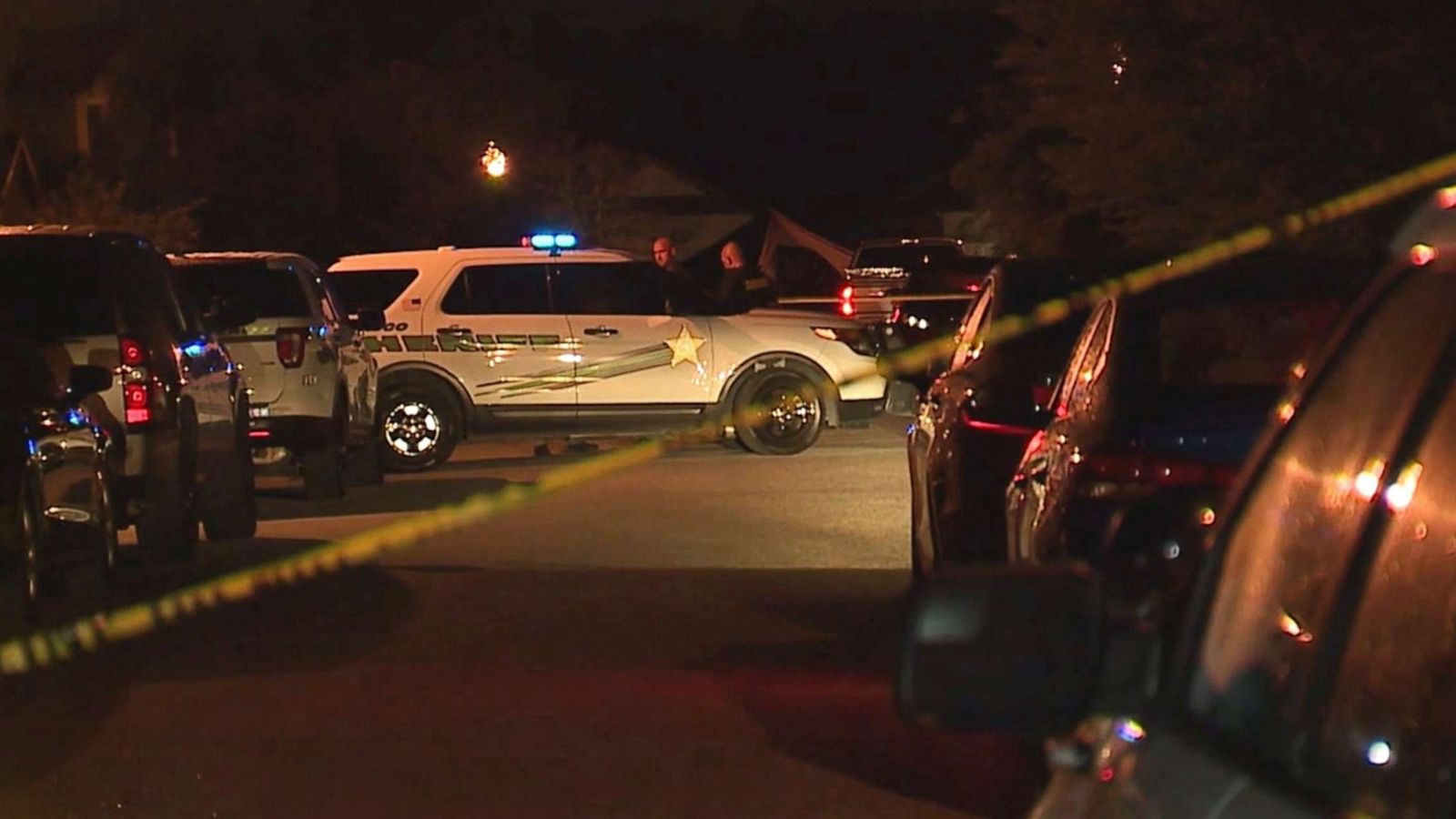 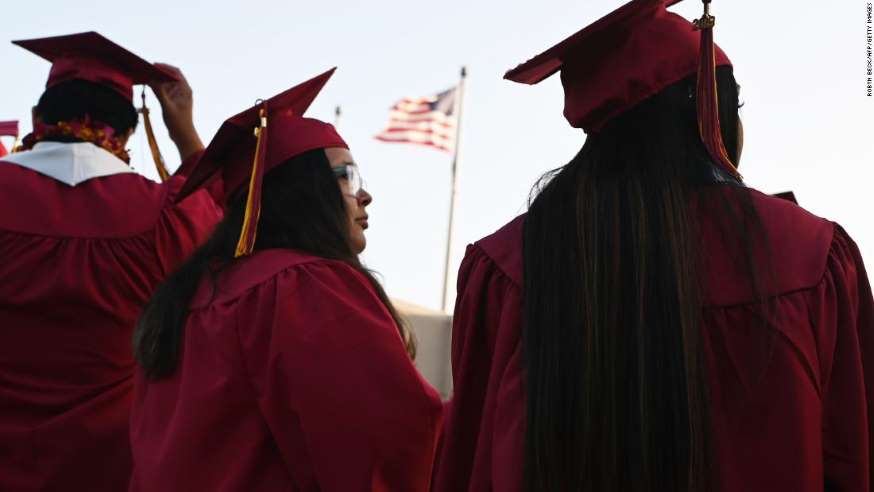