Mazi Okechukwu Isiguzoro, the President-General of Ohanaeze Ndigbo Youth Council Worldwide made this announcement in a statement to Africa Daily News on Friday.

He displayed a certificate of incorporation from the Corporate Affairs Commission.

According to the statement, “A new Ohanaeze Ndigbo had emerged, the nepotistic tendencies of former President General, had ended his illegitimate reign of terror and recklessness.

“He ended up disgracefully like his brother ended up as former National Chairman of PDP in 2011, nine years after he ended up the same way, as they will always use their positions to advance for a failed 2019 Presidential Candidate.

“Glory had departed from the Ukehe Nsukka Political dynasty.

“OYC will only support a legitimate and registered Igbo organisation not an illegal one; any press release from the unregistered Ohanaeze Ndigbo through the uninformed Publicity secretaries Chuks Ibegbu and Achi Okpanga are invalid, they are not speaking for Ndigbo, the General public should be aware. Ndigbo, a new dawn is here.” 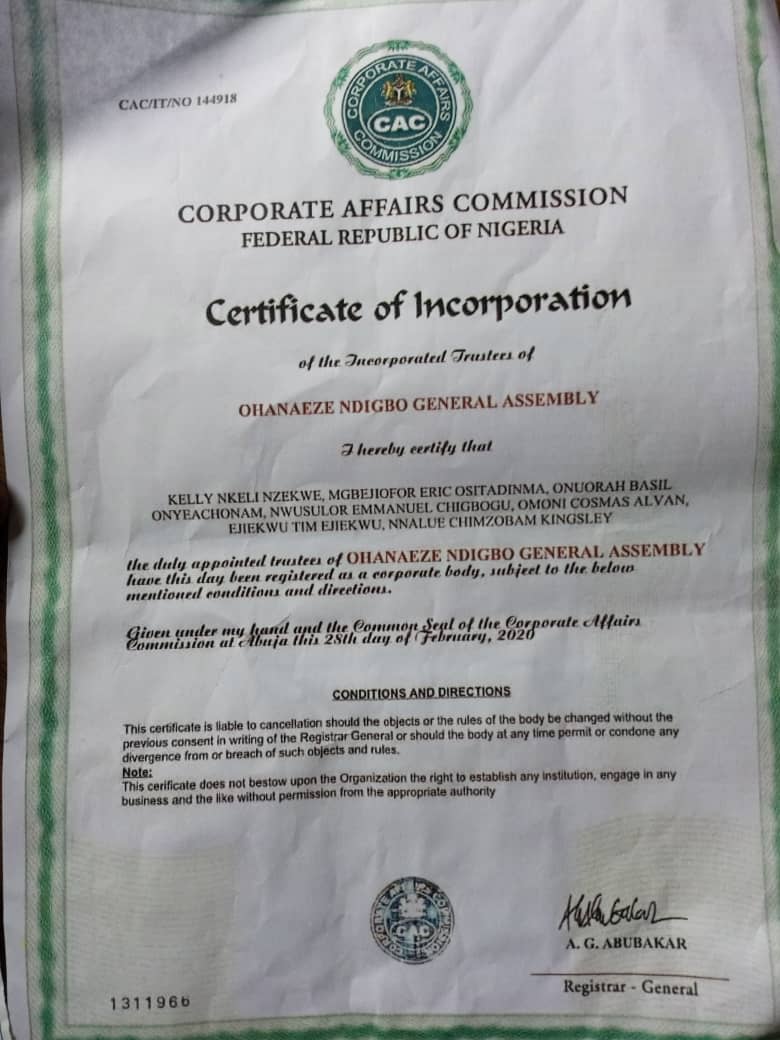 I Fled Nigeria To Avoid Being Killed – Igboho To Benin Court

‘Why President Buhari Travels To The UK For Medicals’