Study will monitor which other applications are installed on a person’s phone, the time spent on them, your location, additional data, among other things. Facebook says it won’t see any specific content including messages, passwords, and websites you visit, thereby adhering to a somewhat reasonable privacy rule.

The launch comes several months after the company’s last user-tracking research application, Facebook Research, was shut down due to a pair of controversies.

Read Also: Farrakhan reacts to his ban on Facebook

However, introducing Study shows that Facebook not only needs this data on how people are using their phones but, it has also learned a thing or two from the last controversy. Study will only be available to people from ages 18 and above, only on Android, where deeper phone access can be granted by each user. 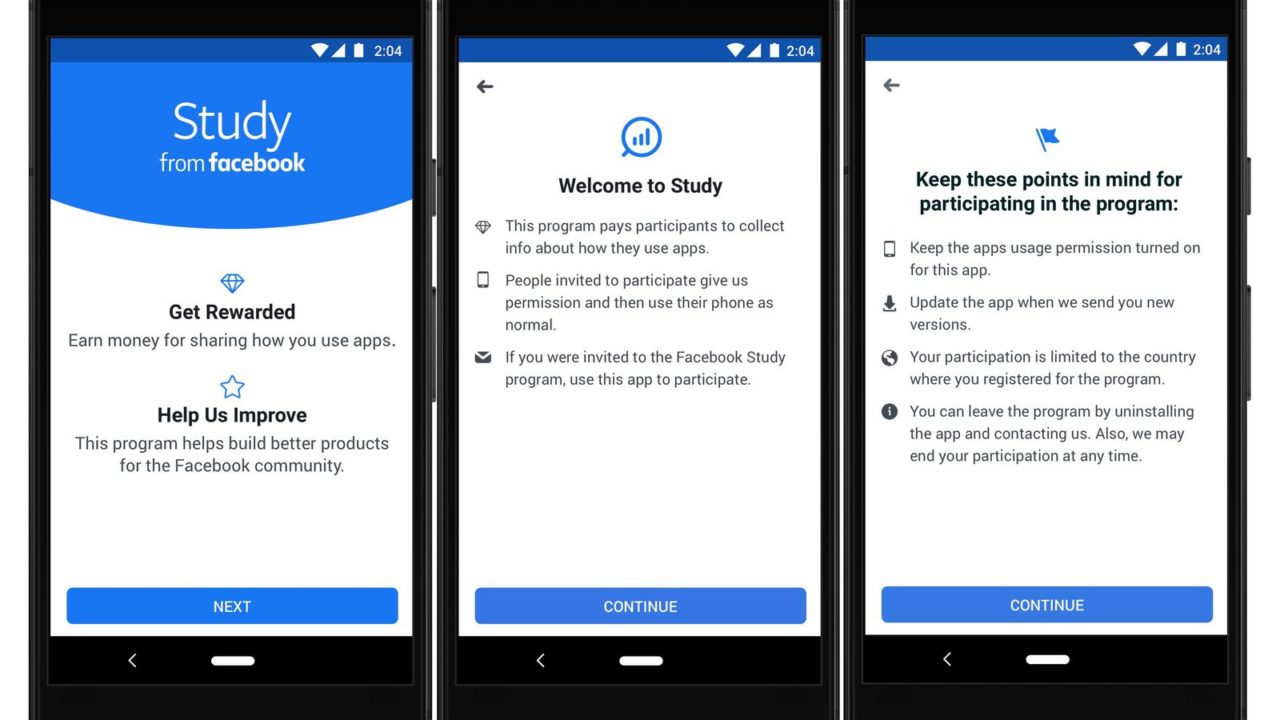 The ages of users will be verified by referencing the age on their Facebook account; those who participate will also need to have a PayPal account in order to get paid. Study will reference other data it collects about you when analyzing data from the application and it won’t otherwise be linked to your account or used to target ads to you.

Although what is to be earned if or when you sign up to Study has not been revealed, a blog post says that “all research participants are compensated.”

However, with this new addition to Facebook, not everyone will be able to sign up for Study, but, the company will target you through an ad, and if you see one, you can click to sign up.

Study will launch first in the United States, India and probably spread out to other areas.(The Guardian)