Speaker of the House of Representatives,   Hon. Yakubu Dogara, on Saturday alleged that Gov. Mohammed Abubakar has defrauded Bauchi State of N400 billion in the last 3 and half years.

The Speaker also presented a documented evidence to prove the allegations, challenging Abubakar to seek redress if the claims were false. But the State government in a swift react to the allegations chided the speaker, saying he was deceiving the people to score cheap political points.

It stated that the internally generated revenue of the state within the period was far less than the quoted figure. Dogara, who spoke at a campaign rally in Dass, headquarters of Dass Local Government Area on Friday, said that the fraud was committed through ghost workers   in the state civil service.

According to him, thousands of non-existent people were said to have been employed in 2015 shortly after the governor came into office. A statement from the Speaker’s media assistant, Hassan Turaki, stated that the ghost workers numbered 1,200 with salaries ranging between N39, 000 and N86,000 and above.

Turaki’s statement:  “A perusal of one of the documents indicates that not fewer than 1,200 people were said to have been employed and added into the state’s payroll beginning from July 2015.

“Another startling revelation showed that all the 1,200 workers, though have different names and dates of birth, have the same Bank Verification Number (BVN), meaning that their entire salary was being paid into one and same bank account under different names.

“The speaker also wondered how Bauchi State monthly salary skyrocketed from N2.6 billion per month in May 2015 to N7 billion without recruitment of additional workers, especially as the governor had early in his administration, fired thousands of political appointees engaged by former governor Isa Yuguda, which should have reduced the state’s wage bill drastically.

“He also accused the governor of diverting billions of local government funds in the last 3 and half years.

“The Speaker also recalled how the governor   chased away contractors renovating Dass Central Mosque but failed to renovate it after repeated promises and   revealed how he personally paid for the renovation of the mosque.

“It would be recalled that the Bauchi state Government had owed workers more than one year salaries following series of verifications allegedly to remove ghost workers from the state’s payroll by the present administration at its inception in 2015, but sadly, shortly after that, the monthly salary bill increased from N2.6 billion to about N7 billion.

When contacted for reaction, the state government described Dogara’s claims as laughable. The government spoke through    the Special Adviser on Media and Strategy to Governor Abubakar, Ali Ali.

“What Dogara has said is laughable and puerile because Bauchi State’s internally generated revenue and federal allocations between 2015 and now is not up to N400 billion.

“So, the question to ask is: How can the governor divert a non existent amount of money through ghost workers? It is indeed shocking and disappointing that Dogara who is a lawyer and the number 4 Citizen of Nigeria, does not know that it is an offence to blatantly and shamelessly lie against another person all in a bid to score cheap political advantage.

“We understand he made this bogus claim in Dass to deceive and incite the people against Governor M.A.Abubakar but we can assure him that the people he is desperately trying to hoodwink know better and have since left him and his party behind “Governor Abubakar is a God-fearing public servant, who is on the saddle to serve the people and not to divert public funds. “The governor has a name to protect, unlike his accusers who are desperate for both undeserving wealth and popularity.” 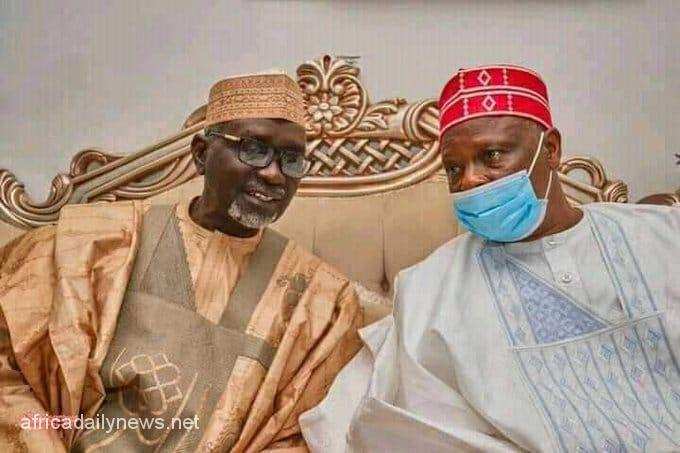